ZAKYNTHOS FLOWER OF THE EAST

Discover more about our research!

One of the most interesting and exciting things for Louise and I is all the research we've been doing for this book. As well as talking to locals, we're visiting libraries, reading historical accounts, old travelogues, ship passenger accounts, and many, many books. In fact we have read so many books and old documents that we have lost count, but can say that it's now into the hundreds!
On lots of occasions we've found something of interest, that's lead to another three of four documents we had no idea existed and it's truly astonishing as to what we are discovering.
The more we read, the more we find!

It's very hard, and at times a little bit like throwing a jigsaw puzzle up in the air and then trying to find all the pieces to put them back together again, to create something that makes sense and is right. Some days are harder than others, but sometimes we get lucky days where we discover something truly interesting and amazing. A lot of the time it's been breadcrumbs of information, in books and documents that have all come together to reveal something very special!

Despite it being difficult, we do enjoy it. We wouldn't have taken on this mammoth task if we didn't enjoy what we do. Putting in the hard work means we're doing a good job and that the finished product will be what we always imagined it would be, a book that readers will enjoy and treasure. 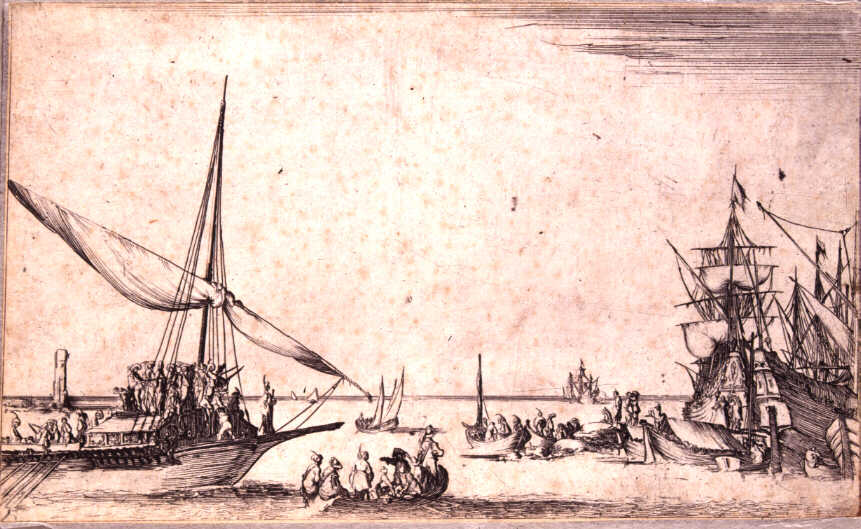 Another language in another time

As well as information in English, we've had to transcribe a lot of old documents, from Olde English, as well as translate information from other languages. To date we have translated numerous documents from Greek, French, German and Italian. These documents covered the subjects of Zakynthos’ history, archaeology, botany, seismology and geology!
We have no idea how we have actually managed to find so many of these historical documents, but a lot of it has been down to sheer determination and following breadcrumb clues that have lead us from one historical document to another. The oldest document we have translated from was written in the 1600's which just goes to show how much information is out there. 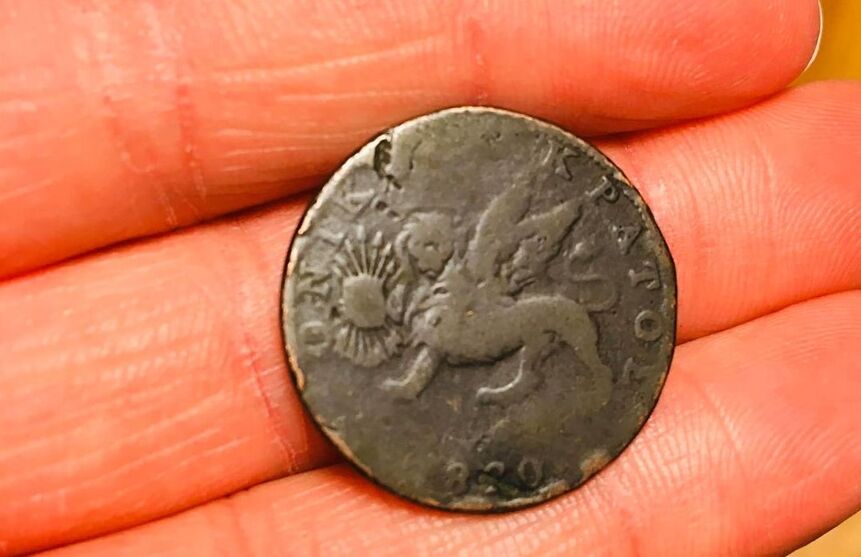 Artefacts can play a huge part in research. We have both visited museums and record sites that house not only documents but artefacts relating to the island. Thes artefacts can tell us a lot of about the life and people of the time. Holding or seeing an old artefact is a tangible into the past, it makes the past real and this is part of the writing we really enjoy.
The photo above is of a tiny, but beautiful little coin used on Zakynthos. It is an Ionian Islands 2 Lepta, from 1820. It’s one of the lowest denominations of currency from the time. Despite that it’s incredible to hold it in your fingers and imagine how many have used it and where it’s travelled. Who did it belong to? Where did they lose it and how did losing the coin affected them?
​These kind of questions put so many possibilities in your mind.
​Chrissie was also lucky enough to go on board a Medieval/Venetian era ship, talk to the staff and get some great photos, whilst researching for another book! The ship was a similar to one that would have been used during Venetian times, and it wouldn’t have been uncommon to be seen going in and out of Zakynthos harbour.
​We have seen some fantastic artefacts, and visited some interesting museums and institutions that have helped with our research. We have discovered so much and it all helps to explain more to the readers about the island, its history and the people who lived on Zakynthos. 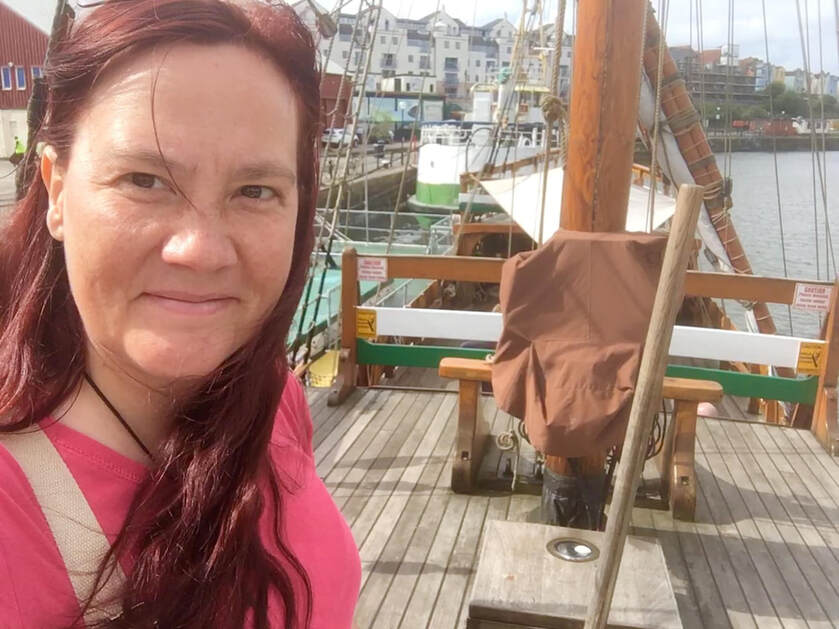 You can learn more about our progress via social media or on our blog.
We have lots more news to come soon and look froward rot keeping you all updated with our research and publication of the book.