ZAKYNTHOS FLOWER OF THE EAST

What will be in the book?

There's so much content in Zakynthos Flower of the East, that's it's difficult to know where to begin. We will cover so many subjects making it the most comprehensive book ever written about Zakynthos and its history.
It's not just about history, though, it's everything connected to that history, the people who lived on the island, the exciting incidents that occurred, how the island was run and how the islands past influences the island that exists today.
Zakynthos Flower of the East will cover over 1,000 years of all things Zakynthos, bringing together all this things readers ever wanted to know about the island including lots of hidden gems and information they knew about! 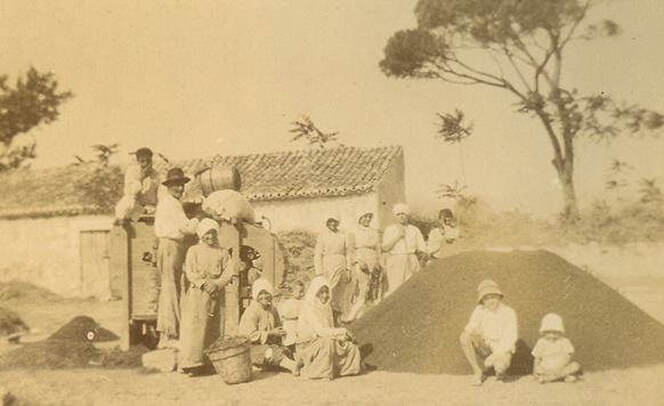 Archaeology
The history of the island is unique and it has lead to some interesting archaeological discoveries. Even if you’re not into archaeology, the information about artefacts, ancient sites and historical evidence will be incredibly interesting and intriguing!
Churches and Monasteries
Religion is incredibly important in Greece and Zakynthos has a wealth of Churches and Monasteries. These incredible buildings, both past and present will reveal their secrets, with some very surprising stories!
History
Have you ever wanted to know more about the history of Zakynthos? Who were the people who settled on Zakynthos and where did they actually come from? How did they influence the island of today? The book will explain all about the fist settlers, those who conquered it and the generations who lived on it, over time.
Historical Sites
Modern tourism has now paved the way in Zakynthos, but if you look hard enough Zakynthos’ past is visible everywhere. Centuries of historical sites just waiting to be uncovered. Readers will get a glimpse at the ancient sites that remain and learn about locations of those that have been lost over time.
Landscape
With blue seas, sweeping beaches and verdant mountains Zakynthos is blessed with incredible landscape, but how did it form? Readers will learn all about the geological and seismic history of the island, that made it what it is today!
Myth V Reality
The island is full of myths and interesting stories, relating to people, events and island life. The book will look into some of those stories and myths and find the fact behind them. We will learn what actually happened and why these stories have become so important to islanders.
People of Zakynthos
It’s not just buildings and history that make an island, it’s the people too, and the book will tell us more about ancient residents of Zakynthos. From ancient rulers, Diplomats and Writers, the island has been a historic melting pot of truly unforgettable people!
Tradition and Culture
Greece has always been a country lead by its Culture and Tradition. We will learn how Zakynthos’ past paved the way for the continued important Traditions and Culture that are still practised on the island today!
SLIDESHOW

Zakynthos Flower of The East

"Loved by poets, visited by travellers, fought over for centuries."

We think we know the Greek island of Zakynthos and yet the modern, tourist centric island of today only gives visitors a small, tantalising glimpse of what was once a grand and historically important place.

So, how did Zakynthos become the island it is today?

With over a thousand years of history, tradition and culture to discover, Zakynthos not only had a wealthy and aristocratic past, but at times a treacherous and murderous one too; it was occupied by many nations, plundered by pirates and invaded during World War Two. Its interesting seismic events and geological phenomena has created a stunningly beautiful and constantly changing landscape, which has only added to a remarkable history that's not only influenced generations, but also shaped the island into the tourist haven it is today.

​With culture and traditions that are very different to the rest of Greece, Zakynthos Flower of the East is a book full of the bygone eras of Zakynthos, as seen through the eyes of its history and those who lived through exciting and turbulent centuries.

From history to archaeology, notable people to important sites, this will be the most comprehensive book ever written about Zakynthos, transporting readers though the centuries, from Myth and Legend, up to modern times.

The book is extensive and we are still collating information and organising it, so a full chapter list will be available once it’s been finalised.